Morgantown is closely tied to the Anglo-French struggle for this territory. Until the Treaty of Paris in 1763, what is now known as Morgantown was greatly contested among settlers and native Indians, as well as the English and the French. The treaty decided the issue in favor of the English, but Indian fighting continued almost to the beginning of the Revolution.

Several forts were built in the area after this conflict. 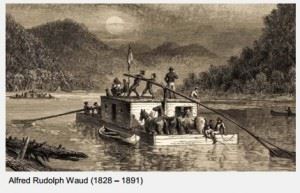 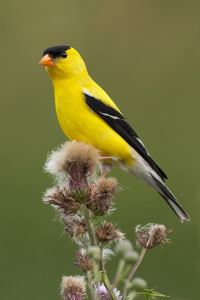 Morgantown was settled in 1772 by Zackquill Morgan. The Virginia Assembly chartered the territory in 1785 and the first lot sale was held. Morgan received the charter for the establishment of the town to be called Morgan's Town on October 17, 1785. The direct result of the Virginia Charter is the present city of Morgantown.

Notable early structures that still stand in Morgantown include the "Old Stone House," built prior to 1813. The structure stood on the street known as "Long Alley," but is known today as Chestnut Street. Another structure that has been well restored is the home built by John Rogers on Foundry Street. This structure was built in 1840 and is now occupied by the Dering Funeral Home. Read about more of Morgantown's historic landmarks.

Morgantown has seen many changes since the charter of Morgan's Town in 1785. Since that time Morgantown has developed the finest educational, research, industrial, health and transportation facilities available in the area. A healthy business atmosphere and strong community effort assures that Morgantown has a lot of history to come.

The following excerpt is a brief history and explanation of the origin and organization of the City of Morgantown:

Settled in 1772 by Zackquill Morgan, Morgantown has seen many changes since the charter of Morgan's-Town in 1785. Today, Morgantown is a community large enough to offer the many advantages of a modern city while retaining a pleasant, "college-town" atmosphere. Morgantown has a council-manager form of city government. Council is comprised of 7 members who are nominated by their respective wards by petition containing no less than 75 signatures of registered voters, and are elected at large. Council serves as the Legislative Branch, electing one of its own members as Mayor the first regular meeting in July of each year. The Council has the authority to initiate hearings for the purpose of gathering information for ordinance making, airing public problems and supervising the spending of its appropriations.
Helpful Maps
Let us help you get here.
Parking
Morgantown Parking Authority
Employment
See open positions
Volunteer
Join Us!
Police